In 1864, Fox, Walker and Company were founded in St. George's, Bristol, to manufacture four- and six-coupled saddle tank engines for industrial use.

They contributed to the development of steam trams by developing stationary engines and testing the first one in Bristol in 1877.

Fox, Walker and Co. were taken over by Thomas Peckett in 1880, becoming Peckett and Sons, Atlas Engine Works, Bristol.

The business obtained limited status in the early 1900s. The two firms had produced over 400 locomotives by the end of the century.

The firm's factory in Bristol between Fishponds and Kingswood continued to produce a range of small industrial and shunting engines. They became experts in the field, with tight specifications and component standardisation.

Peckett steam locos, known for their well-done rivet work on the cabs and tanks and the generous use of brass and copperwork, were produced at Atlas Works until June 12, 1958.

Peckett referred to their core market as 'Colleries, Ironworks, Contractors Tinplate Works,' and they took pleasure in putting out their engines in a Peckett Works livery with attractive lining.

There were a number of modifications made to the locomotives, owing to their final use. Reduced height versions for operating in smelting works and collieries were among them.

Peckett were eventually bought out by Reed Crane & Hoist Company during 1961.

Many examples of Peckett locomotives survive in preservation.

The Hornby Peckett B2 Class, 0-6-0ST is a popular model among collectors.

The Peckett B Class was a Victorian/Edwardian-era industrial saddle tank locomotive that came in three variations, the B1 through to the B3.

The B1 was originally created by Fox Walker and had a smokebox that extended beyond the saddle tank, an open cab, and a flared top coal bunker.

The B2 Class was a versatile locomotive that saw use in many different industries, including the NationalCoal Board (NCB), the Earl of Dudley's Round Oak Works, and the Port of Bristol Authority.

The first of the class, No. 1051, was delivered new in 1905 to the Trimsaran Colliery in Wales and may have been used for coal transport until 1931 when it was sold to Hardwick Colliery Co. Ltd.

Although only four locomotives were produced every year, production continued until 1931 when No. 1802 was transferred to Hardwick Colliery Co. Ltd..

The Hornby Peckett W4 Class, 0-4-0ST was another popular model among Hornby collectors.

The Peckett W Class was a late Victorian, four-coupled, medium-range industrial saddletank with six distinct variations beginning with the W2 in 1884 and ending in the W7 in 1938.

Locomotives were produced by Atlas Engine Works in St. George, Bristol, Peckett and Sons Ltd acquiring the Fox, Walker and Company business established there in 1880.

The W4 Class was a versatile locomotive that saw use in many different industries, including the Crawshay Brothers, the National Coal Board (NCB), and the Charity Colliery.

Hornby produces their own 4 pin DCC decoders for the smaller models.

It would be quite difficult to install DCC sound decoders. 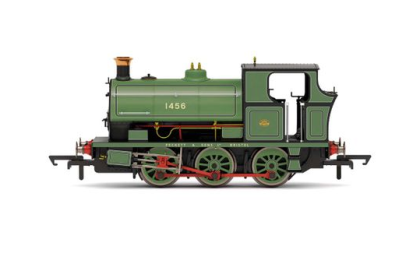 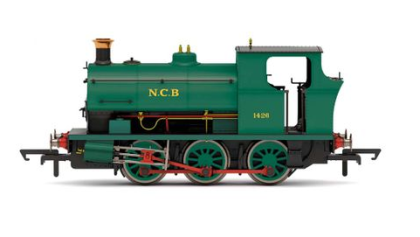 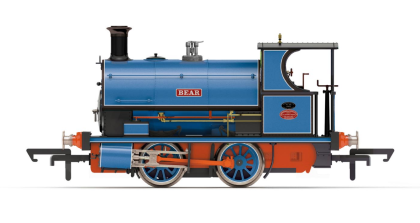