Update 19/07/22 -  The next release of OO9 loco's are expected to be the long awaited Bachmann quarry hunslets.

Similarly to the Baldwin Bachmann has managed to fit DCC Sound inside the loco, and even includes a speaker pre-fitted to the DCC ready versions which have a Next18 socket accessible via a cover underneath the model.

Forever associated with the Ffestiniog Railway, the Double Fairlie is an icon of the Narrow Gauge world and three versions are now available in OO9 scale for the first time: 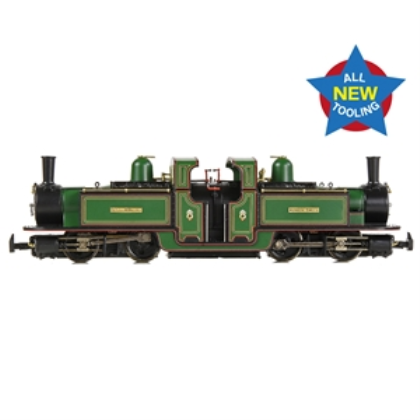 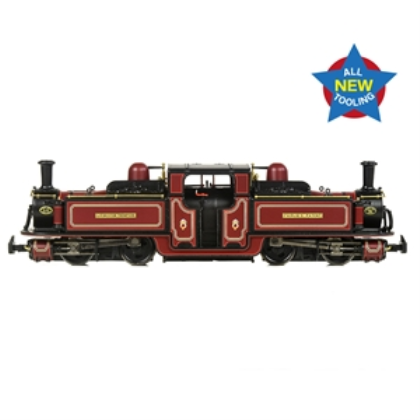 Each Bachmann Double Fairlie  model incorporates a high level of detail, with tooling designed to accommodate the variations seen on the real locomotives in order to produce a model of the highest quality.

Each variation is brought to life by the exquisite livery application that combines Ffestiniog Railway-specification colours with authentic lining, crests and plates.

The precision moulded bodies are adorned with numerous individual components, including the real brass handrails and the metal tank filler cap rings, along with fine mouldings for parts such as the steam fountain, cab controls and tallow cups.

The mechanism is similarly impressive with a twin shaft coreless motor, fitted with twin flywheels, driving both bogies, all-wheel electrical pick up and separate metal bearings fitted to each axle.

Provision for DCC is a given and the model incorporates a Next18 DCC decoder socket, easily accessed via a removable panel on the underside of the model, plus pre-fitted speakers on all versions.

With the DCC Sound, As per the real life versions each engine works independently and so the models sound as realistic as possible when starting off.

Factory Sound Fitted models will also work with automatic sound on DC Analogue layouts, so why not order the sound fitted versions !

Watch the locomotives in action in this video clip:

We have limited numbers of the Bachmann Double Fairlie available in stock: